Dotun called Yomi Fabiyi a “shameless idiot” and said what he’s doing is “the premium class of clout chasing.”

Dotun added: “You can’t ever be this inhumane to prove a point that clearly stinks. You degraded a child to make a movie. Such a mess.”

The street made a Queen, as phyna got her crown

Dotun also said the Yoruba movie association, TAMPAN, will also be complicit if they let him release the movie. 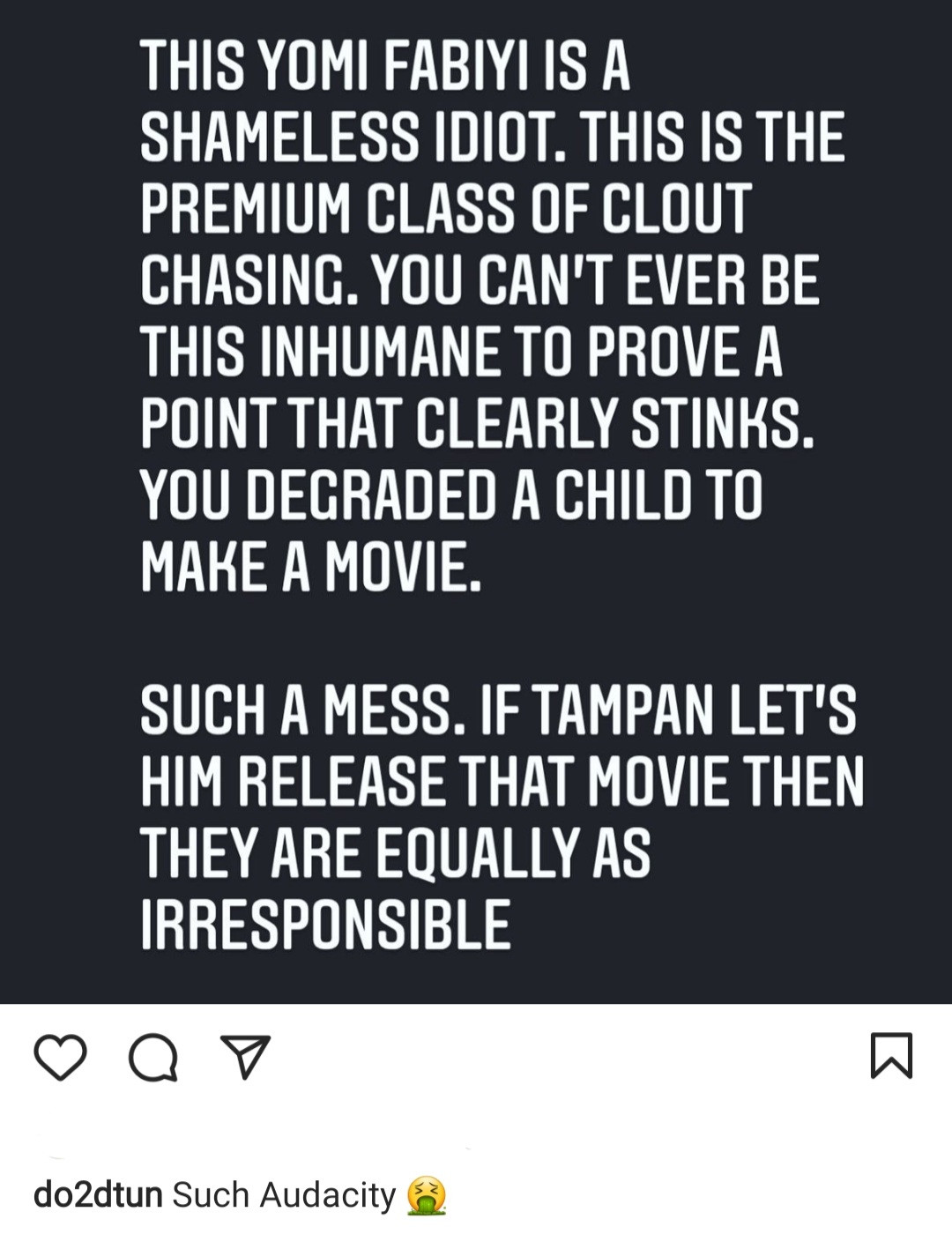 The movie had already been published on YouTube but was taken down after Nigerians reported it.

At the moment, Yomi Fabiyi, who has continued to defend his colleague, Baba Ijesha, who was arrested for allegedly sexually assaulting an underage girl, is on Instagram trying to win back his followers after he angered people and lost some loyal followers because of the movie.

The street made a Queen, as phyna got her crown